Botched Patient Speaks Out About Experience with Dr. Nassif

Plastic surgery has been on the rise over the past several years and is starting to be recognized for its ability to make people not only look better, but feel better, too. E! Network has a new television series called “Botched”, which stars our own Dr. Paul Nassif as one of the main plastic surgeons. This show features different patients every week who need corrective surgery or surgeries to fix poor results from previous cosmetic procedures. Dr. Nassif and Dr. Terry Dubrow consult with each patient to determine the best course of action to make the patient feel happy and comfortable with the results. 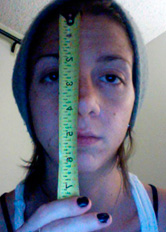 On the July 6th episode, one of the patients was Jennifer Farinet. Jennifer had had a rhinoplasty to correct her deviated septum that resulted from an accident at age 6 and her years as a soccer goalie. At her initial consultation, her doctor told her that she had one of the “most twisted septums” he’d ever seen and thought that she had probably never taken a proper breath out of the right side of her nose.

The first rhinoplasty resulted in a bump on the right side of Jennifer’s nose that was caused by her septum. Even after undergoing revision rhinoplasty from the same doctor, the septum was still never properly corrected.

By the time Jennifer saw Dr. Nassif and Dr. Dubrow, she was suffering emotionally and physically. She wasn’t sure if her nose could ever be fixed or if her self-confidence would ever be helped. Upon examining her nose, Dr. Nassif confirmed that her septum was in the “top ten of the worst deviated septums” that he’d ever seen in his twenty years of being a surgeon. The septum had caused her left nasal passage to collapse and her right nasal passage to have the large bump, giving her breathing problems in addition to insecure about her physical appearance. There was even a wire sticking out from the revision rhinoplasty!

For the surgery, Dr. Nassif used cartilage from Jennifer’s ear to restructure her septum and tissue from her scalp to help even out her nasal passages. 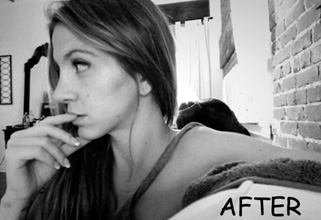 After her third rhinoplasty, Jennifer was still unwilling to be hopeful that her nose would finally be functional and aesthetically pleasing. It wasn’t until after Dr. Nassif removed her splint and she took her first breath that she realized just how well she could breathe. “I’ve never been able to breathe like that before,” she said. When all the bandages were taken off and Jennifer saw her new nose for the first time, she became so emotional that Dr. Nassif couldn’t help getting emotional, too: “This is why I do what I do.”

Since her surgery, Jennifer has thrived: “To say my life has been completely changed since ‘Botched’ is an understatement.” When asked about her doctor in a post-surgery interview, she said, “Dr. Nassif is truly one of the most genuine, caring, and professional people in the world. Even when the cameras weren't rolling, I knew I was Dr. Nassif's top priority when I was with him… Dr. Nassif and his team were able to right a wrong and completely change my life. Seeing the effect it had on him meant a lot to me and it has inspired me to want to give back in my own life.” 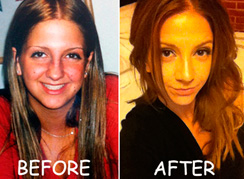 You can watch Dr. Nassif and Dr. Dubrow continue to change lives with corrective cosmetic surgery every Sunday at 10 PM ET/PT on E!, and read Jennifer’s full post-surgery interview here.  Dr. Nassif has his own private practice in Beverly Hills where he works continuously to help patients to the best of his ability. “I’m a perfectionist. I keep going until everything is as perfect as I can get it.”

Get the most from life

Dr. Paul Nassif understands the importance of feeling confident in your appearance. He works with patients to enhance their natural beauty and allow them to get the most out of life. If you are interested in an appointment with Dr. Nassif, contact our office to schedule your consultation.

Schedule a Consultation
Accessibility: If you are vision-impaired or have some other impairment covered by the Americans with Disabilities Act or a similar law, and you wish to discuss potential accommodations related to using this website, please contact our Accessibility Manager at (310) 361-6910.
Contact Us