There’s a reason that the facelift is one of the most sought-after plastic surgery procedures available. Our faces are the image we present to the world, and in many ways define how we are seen. As we get older, the face inevitably begins to suffer from the ravages of time, as wrinkles develop over once-smooth skin, and skin that used to be tight now hangs and sags. A facelift seeks to counteract these effects, resulting in a younger, brighter appearance for patients of any age.

In addition to a traditional facelift in Beverly Hills, top facelift surgeon Dr. Nassif also has the expertise and considerable skill necessary to perform a deep plane lift, which is a variety of facelift that operates on an entirely different level of tissue than the older techniques. Because of the differences in how a deep plane lift is performed, not many doctors are qualified to successfully execute such a procedure. The results can lead to a more natural, vibrant you.

The earliest facelifts relied on pulling the skin alone to achieve the desired smoothness – while underlying tissue layers were left untouched, the skin was pulled taut so that it became a smooth, tight surface once more. Unfortunately, this also had the downside of producing a particular look that was quite easy to identify – the surface of the face often appeared overly smooth and plastic, and features were sometimes distorted, resulting in a “done” look that made it readily apparent that the individual had undergone the procedure.

Fortunately, these skin-only facelifts are a thing of the past, and the new normal for a standard facelift is what is known as an SMAS facelift. The SMAS technique is named for the layer of tissue on which it operates: the superficial musculo aponeurotic system, which is a layer of muscle and connective tissue that separates the skin of the face from the underlying nerves and other structures. Some facelift surgeons describe this as a “muscle lift,” since it relies largely on tightening the muscular layer of the face, rather than just the skin’s surface. However, there is a still a third, even deeper option.

Despite its numerous positive attributes, the SMAS facelift can also rely partially on skin tightening, which can still lead to that plastic appearance if not performed by a highly skilled facelift surgeon. The reality is that some of the effects of aging occur below the SMAS layer. The deep plane lift, on the other hand, maintains the skin and underlying tissues in alignment with each other, by detaching and repositioning the entire system as a single unit. While the SMAS relies on the tension of the pulled skin and muscle to produce the results, a deep plane procedure puts no such strain on the skin or muscle, instead simply adjusting the positioning of the facial tissue for a more permanent effect.

The results of a deep plane lift are subtler and more natural, allowing younger patients to stave off the effects of aging early on, rather than waiting to correct serious flaws after they have occurred. This facelift can still be performed on an older patient who is seeking more dramatic results that can offer a refreshed and rejuvenated natural appearance, rather than the tight, “pulled” look associated with the SMAS facelift.

During your deep plane facelift, you will be either sedated in a “twilight sleep” state or under general anesthesia for your comfort and safety. The incisions made are similar to those of an SMAS facelift, extending along the hairline and around the ears. 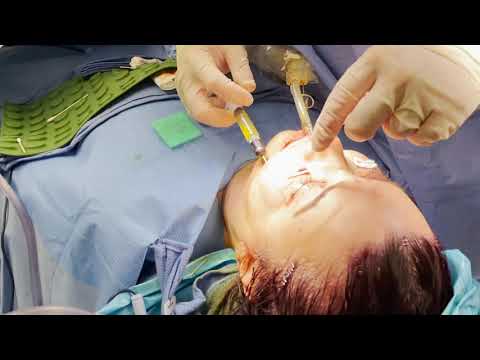 The name of this procedure can be misleading – the term “deep plane” leads some patients to mistakenly believe that it is somehow a more invasive, major surgery than a traditional facelift, resulting in greater trauma to the face’s tissues and necessitating a longer recovery time. In reality, a deep plane lift allows the skin and muscle to remain attached to the underlying systems, resulting in less trauma than an SMAS facelift that separates the distinct layers of facial tissue, pulling them out of their original alignment.

The recovery period of a few weeks before resuming normal activities is comparable for both procedures, and we would encourage you to make your decision based on the ultimate results, rather than how long it may take to heal. Months or years from now, you won’t be thinking about exactly how many days it took to recover from your procedure, but you will be living with the aesthetic results of it.

As an internationally recognized board certified facial plastic surgeon on the cutting edge of cosmetic innovation, and a top Beverly Hills facelift surgeon, Dr. Paul Nassif is uniquely qualified to perform a deep plane facelift that will produce superior, longer lasting, more natural looking results -- while many surgeons don’t offer this option simply because the technique can be more difficult to master. To schedule your initial consultation with NassifMD Plastic Surgery®, contact us today.

Accessibility: If you are vision-impaired or have some other impairment covered by the Americans with Disabilities Act or a similar law, and you wish to discuss potential accommodations related to using this website, please contact our Accessibility Manager at (310) 275-2467.